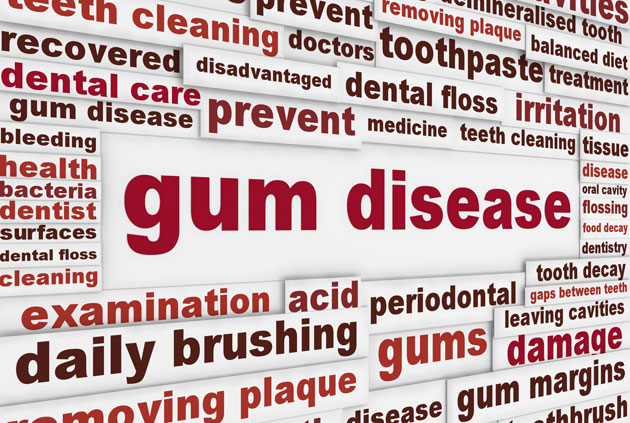 There’s new information linking Alzheimer’s disease with a certain bacteria found in the gum line of those with periodontal disease. A recent study revealed that the brains of 51 out 53 Alzheimer’s patients had the bacteria called Pg (Porphyromonas gingivalis) upon autopsy.

The bacteria Pg is known to lead to chronic periodontitis and can cause inflammation and tooth loss.

Alzheimer’s disease causes one to lose their memory and it only worsens over time.The condition is believed to result from the buildup of amyloid beta plaques within the brain which causes tangles among the neurofibers, also known as tau. To date, there is no cure for this common form of dementia. The CDC estimates as many as 5 million Americans live with Alzheimer’s disease.

The levels of the bacteria Pg seemed to correlate with the levels of tau in the brain. During the study, when mice were injected with Pg, an increase of amyloid beta plaque was observed on their brains. Studies had linked the two in the past, but this level of causation hadn’t yet been clear. This new study can change the trajectory of the disease by demonstrating the potential for treatment. Injecting the mice with small molecules that target Pg, researchers were able to reduce neurodegeneration in the brains of mice.

However, it’s important to note that gum disease has not emerged as a major cause for concern in uncovering the key risk factors for Alzheimer’s disease. And if you have gum disease, that doesn’t mean you will develop Alzheimer’s.

There is more research needed to conclusively identify the exact correlation between Pg and Alzheimer’s disease. Alzheimer’s patients have a disrupted blood-brain barrier, thereby making them more susceptible to brain infections, which could be the cause of the tau buildup. Also, the presence of the bacteria Pg is not proven to be specific to Alzheimer’s patients; the bacteria could be a signal of general neurological decline as one ages.

The study was conducted by Dr. Stephen Dominy and Casey Lynch, founders of the pharmaceutical firm, Cortexyme. Cortexyme is confident that the team’s publication “sheds light on an unexpected driver of Alzheimer’s pathology”. The company has completed stage one in trial testing the safety of a compound called COR388 in humans. In their study, nine adults with Alzhemier’s were given a range of doses of the compound for 28 days. These adults tolerated it well and showed improved results during a cognitive test compared with the control group who received a placebo. Cortexyme now plans to continue the study with trials of COR388 in 500 people.