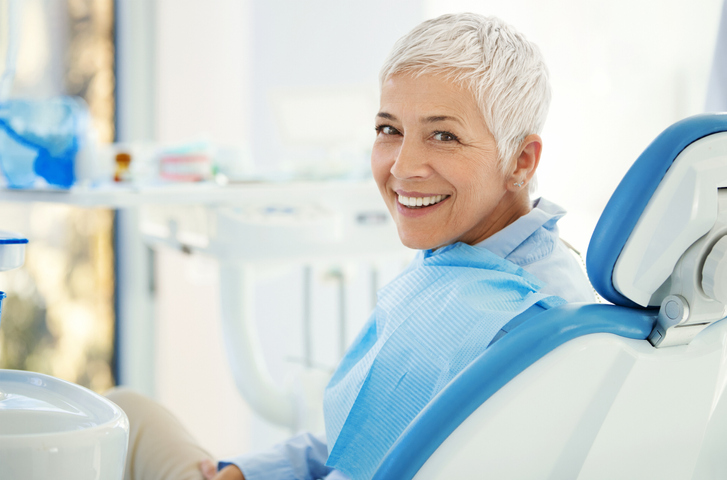 What is the worst thing that can happen if we don’t take care of our teeth and maintain good oral hygiene? If you look after your teeth, you won’t just avoid holes in your teeth and keep your pearly whites, but you may very well prevent yourself from something that goes far deeper. Gum disease, commonly known as gingivitis, may very well play a role in someone developing Alzheimer’s disease. How is this, and how does it impact us?

A study published in the medical journal Science Advances highlighted a pathogen called Porphyromonas gingivalis that was discovered in the brain tissue of people with Alzheimer’s disease. In addition to this, gingipains, toxic enzymes made by the Porphyromonas gingivalis bacterium, were also present in many brain samples. The link between gingivitis and Alzheimer’s disease is that the toxic substances produced by the gingipains are directly related to the levels of tau and ubiquitin, which are proteins linked with the development of Alzheimer’s disease.

The idea was initially mentioned in the early 20th century by Alois Alzheimer, who suggested that infections contribute to the development of Alzheimer’s disease. In addition, there was evidence to highlight that chronic inflammation can be a cause of Alzheimer’s disease, which is a common battle we are fighting when it comes to our oral health.

How Is This Being Combated?

While there is evidence to highlight a strong link between Porphyromonas gingivalis and Alzheimer’s, the research doesn’t point exclusively towards gingivitis as the sole reason behind Alzheimer’s disease. There are many things that you would need to consider. While infections are not the root cause of Alzheimer’s disease, they can play a role. For example, the production of proteins called beta-amyloid can be the brain’s way of protecting itself against Alzheimer’s. And an over-accumulation of beta-amyloid could result in the plaques that are linked to Alzheimer’s disease.

Additional research has highlighted the effects of certain medications on blocking the enzymes from the bacteria, which postpones the development of Alzheimer’s disease. There is still more research to be conducted, but what does this mean?

Will I Get Alzheimer’s Disease if I Don’t Brush My Teeth?

The study has highlighted that the enzymes from the bacteria can be a cause of Alzheimer’s disease, but the research is still in its infancy. It would not be correct to say that if you don’t brush your teeth, your chances of getting Alzheimer’s greatly increase. But rather, it is important to realize that preventing the bacteria in your mouth is more of a priority. Alzheimer’s is the result of many different external factors, such as genetics and lifestyle.

How Can I Reduce the Risk of Gingivitis?

The studies have highlighted the impacts of the enzymes caused by bacteria in relation to developing Alzheimer’s. The lesson is very simple, that prevention is better than cure. The bottom line when it comes to reducing the risk of gingivitis is to maintain good oral hygiene. We can have concerns that if we do not prevent gingivitis, that we are at a higher risk of Alzheimer’s disease. But there are many factors to consider in regards to this, such as your genetics, your predisposition to certain illnesses and ailments, as well as your oral hygiene.

The research conducted by Broegelmanns Research Laboratory, Department of Clinical Science, University of Bergen (UiB) has highlighted the impacts of the enzymes from the bacteria moving from the mouth to the brain. But in the same study, bacteria are not shown as the root cause. Merely, it is the presence of the bacteria that raises the risk of developing Alzheimer’s. In the same study, researcher Piotr Mydel states there are two very simple, but critical, things that you can do to slow down Alzheimer’s: Brush your teeth and floss

Preventing gingivitis by brushing your teeth twice a day, and flossing at least once a day as well as having regular check-ups will keep gingivitis at bay.

What Are the Risk Factors for Gingivitis?

What if I Already Have Gingivitis?

If you have concerns that you have gingivitis, it is important to recognize the symptoms:

If you have any of the symptoms, it is important to schedule an appointment with Dr. I. Stephen Brown for an exam. If a diagnosis is reached early, and the treatment is undertaken quickly, gingivitis can be reversed.

Is It Time To Schedule an Appointment?

We shouldn’t be gingerly when it comes to gingivitis. As you can see, there is a link between gingivitis and Alzheimer’s. While there is still a lot of research left to go to truly highlight if gingivitis is a direct cause of Alzheimer’s, you should not hesitate to get any symptoms of gingivitis checked out as soon as possible. Dr. Brown and his team are ready to help you diagnose and treat gingivitis. If you are experiencing any symptoms, get in contact with us by calling or requesting a virtual consultation.

Gingivitis can be, at best, frustrating, but at worst, it could leave too many complications, such as loss of teeth, but at the very worst, it could be a signifier for Alzheimer’s disease. Contact us so we can provide the best possible care and help you look after your oral health and future.