What Is Periodontal Disease?

Maintaining good oral health is a personal responsibility that everybody needs to respect because a healthy mouth reflects well on your overall health. Gaining a deeper knowledge of periodontal disease including what it is, how to prevent it, and available gum disease treatments will give you a far better chance of staying in control.

Periodontal disease, most commonly referred to as gum disease, is a health condition relating to bacterial infections of the gum. The word periodontal translates to ‘around the mouth’, so it is a phrase that can cover a range of oral issues.

Bacteria constantly forms in everyone’s mouth but when left to develop into infections, periodontal disease becomes a problem. Gum disease attack attaching fibers as well the jawbones that hold teeth in place. Left untreated, periodontal disease can lead to complications such as tooth loss or gum abscesses.

What are the stages of periodontal disease?

All of these symptoms can occur in the early stages, but will become more noticeable later down the line. When you think that you have any signs of periodontal disease, it’s important to know what stage of the condition you are at.

Gingivitis is the most common stage of gum disease, and is one that will be characterized by at least some of the above symptoms, although some of them (such as the swollen gums) may surface and disappear at different stages.

The harsh reality is that gingivitis can strike at anytime of life due to poor oral hygiene, health conditions (such as diabetes), side effects from medicines, and more. The good news, however, is that periodontal disease is a lot easier to treat when it is in the stages of gingivitis rather than the more severe stages.

When gingivitis is left untreated, it can turn into periodontal disease. At this stage, each of the above symptoms become more frequent and more significant. Meanwhile, in severe cases, you may start to notice tooth wobbling as the supporting jawbone and gums are unable to support the teeth in the correct manner.

The good news is that it may take a long time for periodontal disease to develop into serious problems. Conversely, though, allowing the damage to reach the severe levels can lead to very serious repercussions for general health as well as oral health.

How does periodontal disease impact your overall health?

Sufferers of periodontal disease will primarily be concerned with the impact it has on their oral health and dental structure. However, the condition can also put your general health at serious threat too.

What can you do to prevent periodontal disease?

Prevention is the best form of protection for your teeth, gums, and general oral health. As such, you should look to employ a winning daily hygiene strategy. Brushing twice daily, particularly before bed, is vital while flossing daily is vital. The use of mouthwash is important too, although you should ideally wait 30 minutes after brushing to do this.

Other steps that can be taken to help prevent periodontal disease include;

Improved dental hygiene will have a hugely positive impact on your overall oral hygiene, which will reduce the threats of gingivitis and severe gum disease. Be sure to support this by paying attention to changes following the use of new medication, dental products, or dietary habits. When you do, success is assured.

What are the potential treatments for periodontal disease?

Periodontal disease can be categorized in relation to the severity of damage to the ligament fibers. A 1-2mm loss would be defined as a slight loss while 3-4mm is considered moderate. Anything above 5mm is severe attachment loss. Meanwhile, a grading system is implemented to identify the level of danger.

Depending on the nature of the condition, a range of treatments may be used to reverse the damage and restore the health and function of a healthy mouth – either to full health or the best standard available. The most common treatments are:

Ultimately, though, gum disease treatment can only restore a solid foundation. Bacteria and plaque are constantly developing. So, if you fail to implement better daily hygiene, the problems will resurface. Once your periodontal disease has been treated, taking personal responsibility is crucial.

Periodontal disease is a fairly common health condition, but that doesn’t make it any less serious. When left untreated, problems surrounding the teeth and general oral health can have very serious consequences such as lost teeth and oral pain while also encouraging the development of various other health complaints.

Whether you’re worried about the symptoms that could be linked to periodontal disease or simply wish to employ the best prevention strategies, speaking to your dentist about gum disease treatment and prevention is vital.

VIEW OUR VIDEOS ABOUT PERIODONTAL CARE 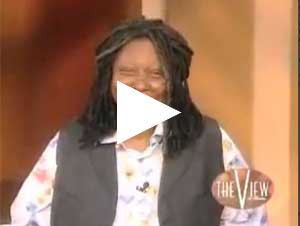 Whoopie Goldberg speaks out about the dangers of Periodontal Disease 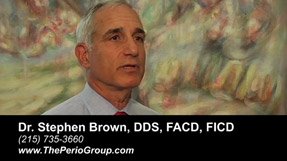 Recognizing and Treating of Periodontal Disease 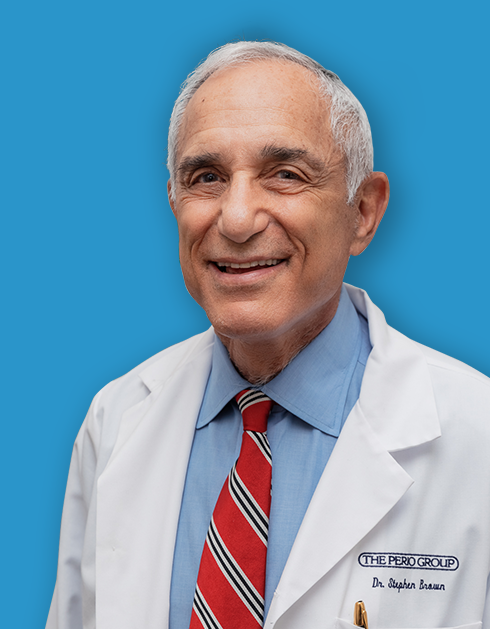